Home/Recruitment and Selection/Talent mismatch: the difficulty of recruiting highly-skilled labour in different countries
Previous Next

One of the highest concerns of Spanish population is the high rate of unemployment (26, 7%). This level has been rising in the last years while the recession seems to be settled in. But what about the shortage of skilled workers that some countries are facing? Is it Spain one of them?

A few weeks ago I published an interesting article which explained the shortage of skilled workers the UK is facing in industries such as oil, gas, energy, IT and construction. You can read the full article in the following link:

It drew my attention the findings revealed by the report produced by the Hays Global Skills Index 2013: 18 countries from the 30 countries studied are experiencing skills shortage (scores greater than 5) while only 12 countries are experiencing few (scores of 5 or less). In Europe, the only countries that face greater talent mismatch challenges than those of the UK are Spain, Portugal and Ireland – all economies badly affected by the Eurozone crisis. Having read the short article I decided to start reading the full report. Not only Spain had a high level of unemployment but it seemed that also we had a greater talent mismatch- the skills on offer and the skills employers are looking for-.

It is not my intention to share all the data with you but just to summarize some issues and recommendations, as I feel it is important we know that our employers have difficulty in recruiting skilled labour. 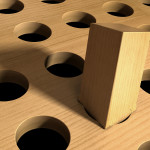 1.Long term unemployment (those unemployed over one year).

2.Structural unemployment (the rate at which it proves difficult to lower unemployment below, even when the economy recovers).

This figure below shows the 4 countries with the highest and the lowest scores for talent mismatch. As we can see the four countries with the highest score are USA, Ireland, Portugal and Spain. In the case of the last 3 countries, they are facing severe economic problems and the existence of a widespread skill mismatch in the midst of a recession is a symptom of deep structural problems with their labour markets.

In the case of Spain the number of higher educated workers in employment has dropped by only 7% against the 27% for those less qualified, many whom had been working in the construction sector. There is a very important stagnation within the higher qualified levels-since 2008 there has been an increase in workers spending six years or more in their current job, now representing 48% of workers. This poses a serious threat to Spain´s future competitiveness.

In general the 3 recommendations produced by the report are the following:

1.Countries were business can be agile in reacting to labour market dynamics by using mechanisms such as flexible contracts, wage adjustment and targeted skilled immigration, they decrease significantly their chances of talent mistmatch.

2. Education reform must be developed through close collaboration between governments and the business community. Countries with a strong tradition of vocational training to ease the transition from school into employment have the lowest levels of youth unemployment globally.

3. Businesses need to develop and implement tailored policies for their youngest and oldest staff.

For more information you can read the report http://www.hays.co.uk/global-skills-index/index.htm