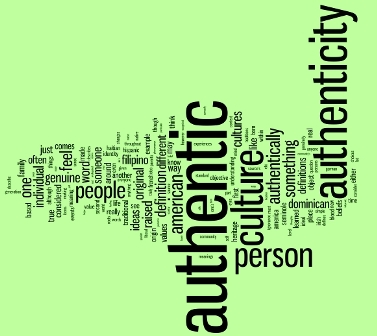 What do recruiters look for during an interview? I have written several posts about recruitment and specifically interview-types. But what do they mean now with “whole person interviews”?

More and more companies are realising how important is to align personal candidate´s values with corporate ones. When something goes wrong it is often about character and not competence. So organisations are aware that the person is as important as having the right technical skills.

The aim of this new type of interview is to measure emotional intelligence and moral behaviour of the candidate by probing ethics and personal background. John Lewis and the NSH use these techniques. However, recruiters are concerned that some firms are beginning to cross a line, requesting personal information that leaves them open to be accused of bias.

S. Hallam- Michael Page- says “Some candidates say they felt intrusive-asking if they are in a relationship, for example”. In the UK jobseekers are protected by the Equalities Act and if a candidate felt they missed out on a role because of their personal circumstances, they could bring a tribunal claim. Questions that are related to ethnicity, religion, sexual orientation are also unwise to ask. Hallam advises that not you need to ask for information that puts you in a difficult situation”. Paula Barret of Eversheds “You have to be careful not to ask questions which seem reasonable, social and human questions to ask but do have inherent some form of discrimination”

On the whole, the article reflects that there is a need of employers of valuing the person not just the technical knowledge, but also to be aware about the limits when they recruit. After investing time in this matter, employees will be more aligned with corporate values, which in some sense means employees can be themselves, rather than feeling miles away of “how they do things around here”
Article partly extracted from “Surveillance how much is too much” People Management Magazine August 2014 http://www.cipd.co.uk/pm/

This website uses cookies to improve your experience while you navigate through the website. Out of these, the cookies that are categorized as necessary are stored on your browser as they are essential for the working of basic functionalities of the website. We also use third-party cookies that help us analyze and understand how you use this website. These cookies will be stored in your browser only with your consent. You also have the option to opt-out of these cookies. But opting out of some of these cookies may affect your browsing experience.
Necessary Always Enabled
Necessary cookies are absolutely essential for the website to function properly. This category only includes cookies that ensures basic functionalities and security features of the website. These cookies do not store any personal information.
Non-necessary
Any cookies that may not be particularly necessary for the website to function and is used specifically to collect user personal data via analytics, ads, other embedded contents are termed as non-necessary cookies. It is mandatory to procure user consent prior to running these cookies on your website.
SAVE & ACCEPT